Finding Connections to Art and Broadening Horizons, One Museum at a Time

Rabbi Yigal Sklarin, a Talmud and Jewish History teacher at The Ramaz Upper School in Manhattan and a 2014 Pomegranate Prize award recipient, spends a good deal of time in museums and galleries during the course of a school year.

As the Director of Ramaz’s Integrated Studies program, Sklarin explains, his job is to “find curricular connections to cultural places in Manhattan.”

“I try and provide our students with context so that their curriculum becomes relevant to them.” Clearly, this is no easy feat, given how hard it is to keep the attention of any group of high school students—pulled as they are in every direction by the demands of academics and social life.

And yet, Sklarin is unendingly enthusiastic about his work. “First of all, taking students to galleries and museums broadens their understanding of what they are learning in their classes, and doing this in tandem with another educator adds to the experience. If I take a group of students to see an exhibit of illuminated manuscripts, and an art teacher comes as well, the art teacher will talk to the students about the aesthetic aspects of the work, but as a Judaic studies teacher, I talk to them about totally different elements of the work. This kind of dialogue can be very powerful and really broadens horizons for our students.”

In his experience, Sklarin has found that the Metropolitan Museum of Art, which is conveniently located just a few blocks from the Ramaz campus in Manhattan, regularly displays Jewish texts in their Medieval wing.

“Just before Pesach, we try and bring our students to see the illuminated haggadah that has been on display at the Met for the past four years,” he shares. By poring over the extravagantly illustrated texts, students are able to consider how “Jewish art fits within a broader secular context,” Sklarin attests. 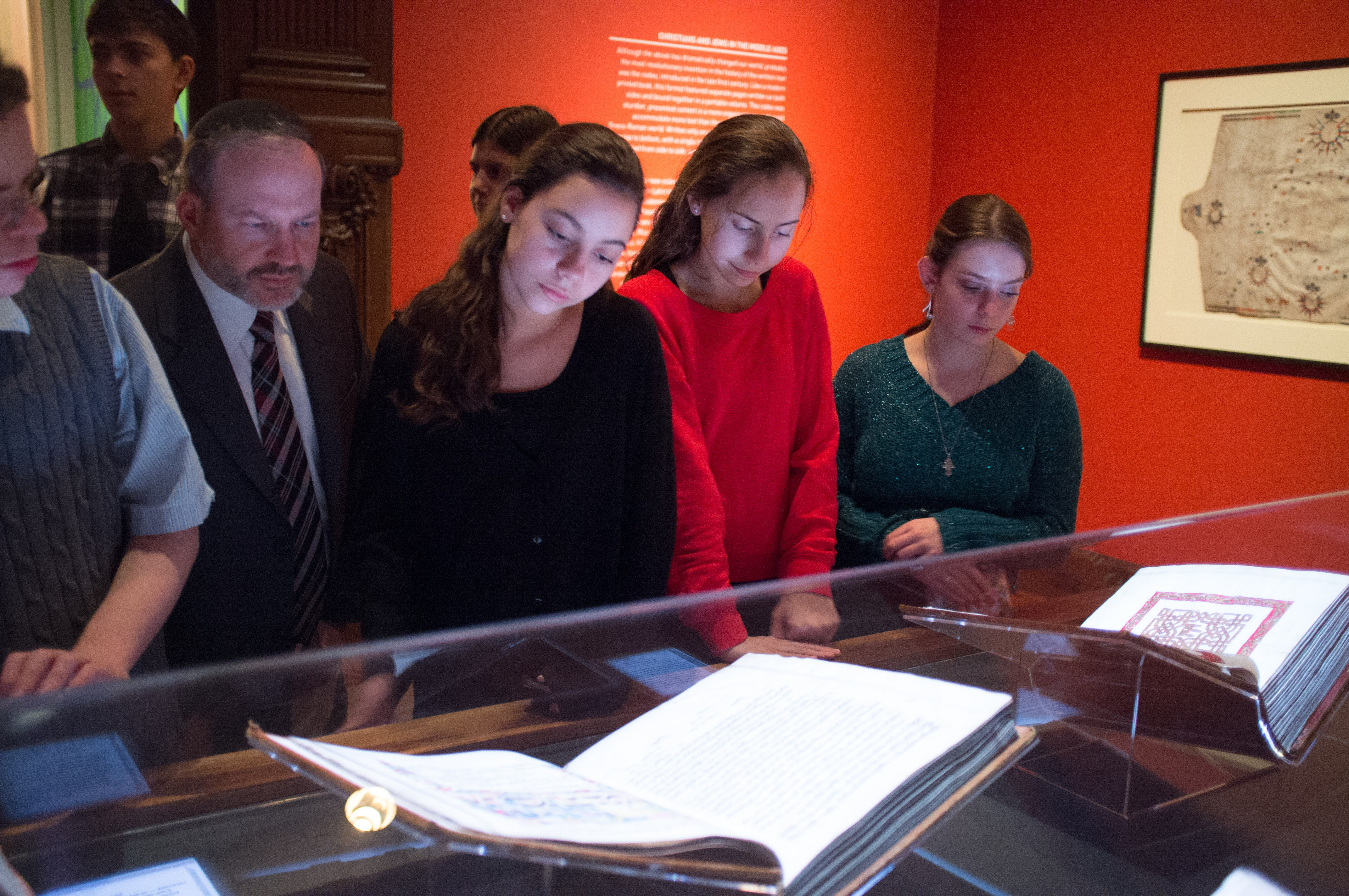 And what’s more, by noting and learning about the similarities between a Christian medieval text and a Jewish one, students are better able to appreciate that when it comes to the art of that time period, Jewish culture often borrowed from surrounding cultures. “It’s very interesting for kids to see this, and to consider just how Jews were integrated and influenced by their non-Jewish neighbors, even with their most sacred texts,” Sklarin says.

“They usually think of rabbinic culture as very separatist, but these pieces of art show how that’s not true. Opportunities to get up close and observe the similarities—like when they go and see a Venetian Torah crown on display that’s situated in a room full of secular Venetian art—show students that one culture often borrows from another and there’s something beautiful about that.”

In 2015, Sklarin and a colleague from the history department piloted an interdisciplinary class focused on the topic of “the spaces we inhabit.”

Specifically, they designed a curriculum that highlighted how both Judaism and general studies would analyze various topics in relation to space, including sacred spaces, private and public spaces, and even inner space. To begin, the class visited Temple Emanuel, a grand synagogue structure located on 5th Avenue and built in the mid 1800’s.

“I think, if the Beit Hamikdash was rebuilt today, it would look like Temple Emanuel,” says Sklarin, only half kidding. “If you really look at the design of that building, it’s totally art deco, yet many of its features, including the vaulted ceilings and stained glass windows were inspired by Christian architecture.”

In addition to trips to museums and galleries, Sklarin and his colleague invited other experts from outside of the school, including a cultural anthropologist and a city planner to come and talk with students. Bringing in outside experts further buttresses the curriculum, Sklarin says. So when the Met hosted an exhibit about Assyria, Sklarin brought a class there, and invited Professor Shalom Holtz, an Assyriologist at Yeshiva University, to come and gave a presentation in order to help prepare and contextualize the students’ visit. 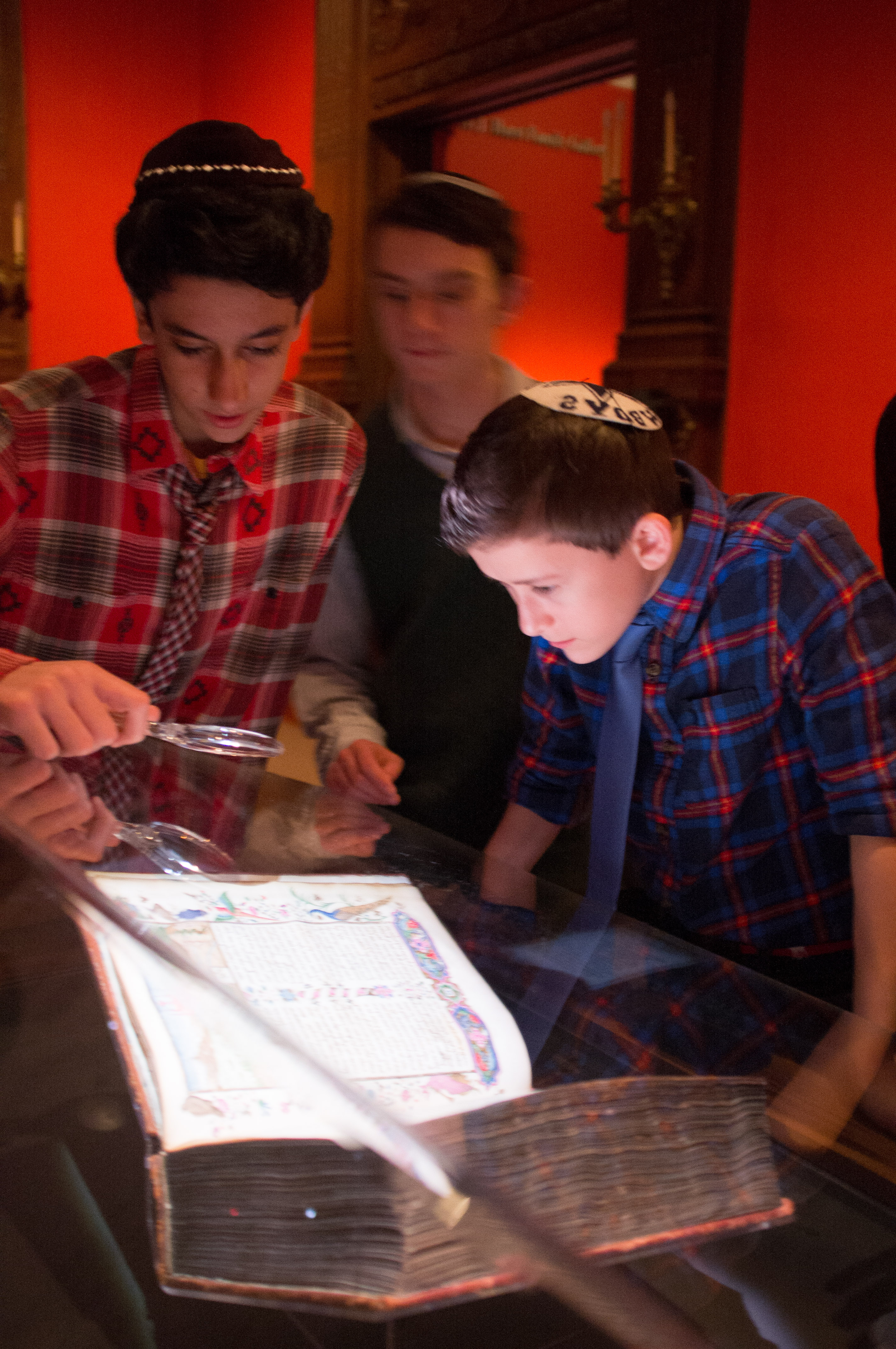 In turn, the students were able to look at art and use the art to learn about Tanach. “The kids thought this was amazing,” Sklarin shares excitedly. “They sit in class and learn about the Philistines, and then they go and see art that depicts the Philistines, and suddenly, what is essentially a theoretical book—the Torah—becomes historically attuned to them. “Looking at the way art is created, whether it’s the way letters are formed on parchment, or the different depictions of Torah scrolls, gives students tools with which to view history and the world, in a different way,” he says. New York City offers thousands of opportunities to engage with visual art, and Sklarin is doing his best to expose his students to as many relevant exhibits as possible.

“Last year, we took our 10th grade class to see the Chagall exhibit at the Jewish Museum,” he says, because in 10th grade they study the 19th and 20th centuries in European history, the times in which Chagall lived and those that were depicted in his art. Thanks to our interdisciplinary approach, I get to teach them about some of the Jewish iconography depicted in the paintings, and their art teacher discussed his style and use of color and technique.”

When the 12th grade went to visit the Neue Gallery, students learning about the Holocaust were able to put that study into context as they saw an exhibit on Jewish art stolen by the Nazis. “Museums present you with something real and tangible, and allow you to move away from theory, which helps students engage,” Sklarin says. Throughout his animated discussion of the ways Ramaz has integrated art into the curriculum for high school students, Sklarin repeatedly argues that he is not an “art person.” 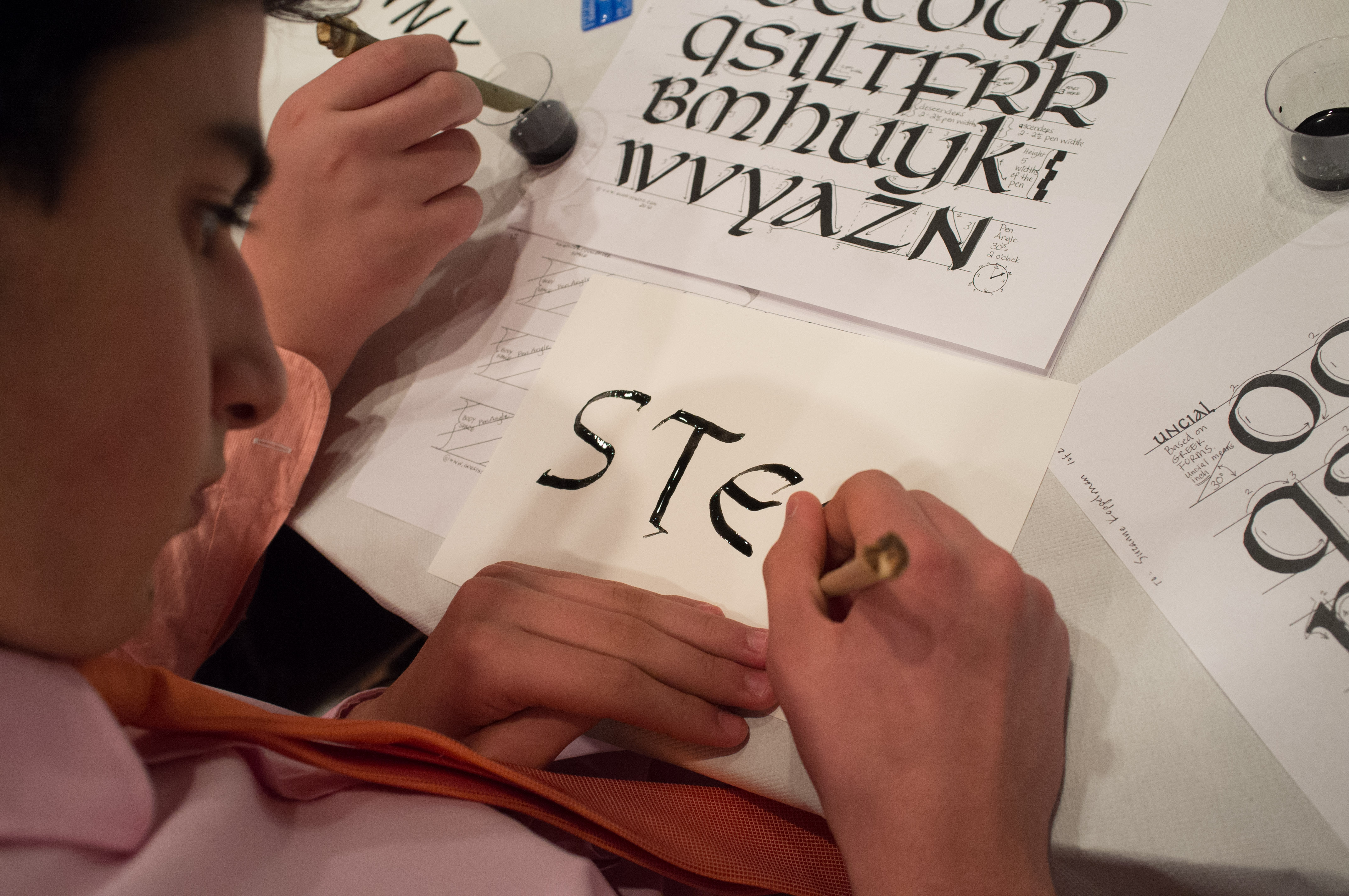 And yet, on a visit to see a 15th century illuminated Italian manuscript of Maimonides’ Mishneh Torah, on display at the Met, Sklarin found himself teaching to a room full of not just his own Ramaz students, but a group of general museum-goers as well.

“This was my seventh or eighth time visiting the exhibit, and I had a whole spiel prepared,” he says, laughing. “Eventually, I turned the students’ attention to certain objects in the case alongside the manuscript including an octagonal box and asked them why they thought this box was placed in the same case as the manuscript… I told the students that the curators at the Met never explain anything—they expect you to know the entire manuscript inside and out to understand why they place things are they do.”

At this point, Sklarin saw two women in the back of the room laughing, and realized that they were, in fact, the exhibit curators. “It was very embarrassing,” he chuckles. But they urged him to go on, and he did, explaining to the students why he thought the placement was as such.

“On a different page of the text, there is a representation of the Beit Hamikash, in the same octagonal style,” Sklarin explains. “So that was the connection.” Then he looked to the curators for confirmation that his hypothesis was correct. They were emphatically nodding their heads, impressed that Sklarin had cracked their code, so familiar was he with all of the pages of this text, not just the one being shown in the museum.

By Adina Kay-Gross for The Covenant Foundation

This article was first published in Sight Line Volume 4, April 2015